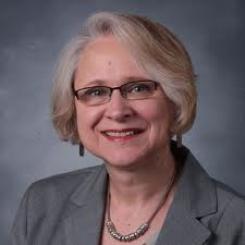 The new Dean of the College of Agricultural and Life Sciences at the University of Wisconsin-Madison is Kathryn VandenBosch. The Michigan native holds M.S. and Ph.D. degrees in botany from the University of Massachusetts Amherst, and spent time at both UW-Madison and the John Innes Institute in Great Britain as a postdoctoral associate.

She was on the faculty at Texas A & M for a dozen years and then became the head of the plant biology department at the University of Minnesota in 2001. She became Dean of CALS on March 1, 2012.

As for her goals, the Dean says the college is gearing-up for a strategic visioning activity to look at the areas of emphasis for the next decade-or-so including undergraduate and graduate programs and new program possibilities. “A year from now I want to be unveiling some new objectives and beginning to implement some of the plans.” VandenBosch also seeks to maintain and build upon the relationships the University has with agriculture across the state and beyond. “We need to be always looking ahead, always reevaluating and tuning that mission to make sure we are targeted toward what is going to be needed in the future.”

AUDIO:VandenBosch talks about her job at CALS 7:43 mp3