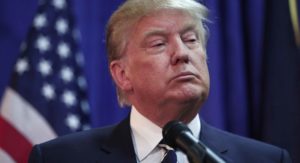 Speaking with reporters yesterday, The President said NAFTA has been a disaster for the United States and for U.S. workers.

Many U.S. farm organizations however support the current trade pact. Last week over 130 state and national ag organizations sent a letter to the President asking for a voice in renegotiations.

The letter says U.S. agriculture has benefited from NAFTA and the Canadian and Mexican export markets in the agreement help rural U.S. communities sustain prices and revenues.