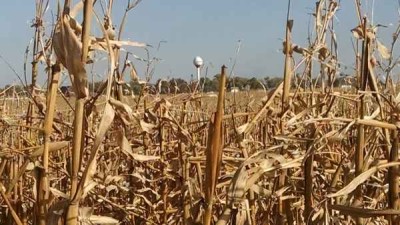 Zhang says the decrease is less than some might have expected, given low commodity prices. He says there are a couple of factors supporting Iowa land values.

“High livestock returns, especially, that supported the northwest district and the northeast district—and a strong recreational demand and high CRP payments for the southern districts,” he says.

Combined with the nine percent decline in 2014, Iowa farmland values have now fallen almost 13 percent from their historical highs in 2013.