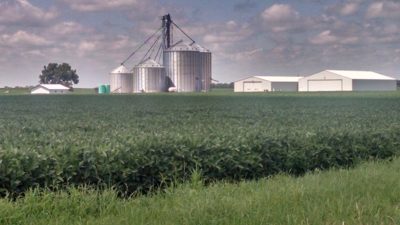 Farmland values in the Federal Reserve’s Tenth District—the Kansas City district—were down an average of six percent in the fourth quarter of 2016 compared to a year earlier.

“There’s even some places where they’re seeing really high quality land still go for higher prices than they even did last year,” Cowley says. “Mid-range land is down moderately and then some low quality land is down fairly significantly.

“So that all averages out to kind of a moderate decline in farmland values, on average.”

“Very similar to farmland values, those are down about five to six percent for all types of farmland.”

Cowley says cash rents are down about 20 percent from their peak values in 2013.

Those numbers are based on a survey of bankers in the Fed’s Tenth District, which consists of Nebraska, Kansas, Oklahoma, Colorado, Wyoming, the northern part of New Mexico and the western part of Missouri.