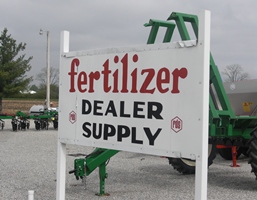 Josh Linville with StoneX says, “The worst of the storm surge and wind, and all of that was south of Tampa.”

Linville says a lot of North American phosphate is produced in Florida, and although the storm caused considerable damage, it missed the phosphate production facilities. “What we expect to hear is yeah, maybe a little bit of hurt here or there but overall, minimal damage, minimal flooding. Hopefully, electricity stays on and we can see it resume to normal within the next week.”

Linville does not expect a major impact on farmers if phosphate producers have electrical power. “The fortunate part is a big chunk of phosphate is already in the system. Warehouses are full in preparation for the fall season, so even if there is a little bit of a hiccup, hopefully, the effect on this fall season is fairly minor.”

Linville says another silver lining is the storm stayed further east, meaning it didn’t affect New Orleans and their ship and barge traffic.