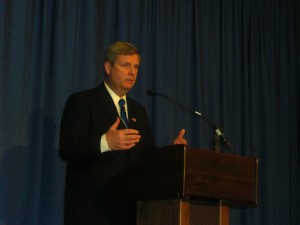 In his first speech to a major gathering of ag producers, U.S. Ag Secretary Tom Vilsack told producers at the 2010 Commodity Classic this morning that he was nervous about speaking to them because he realizes the significance and importance of what they do.