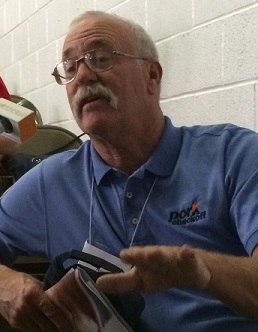 The President of the National Pork Board is bracing for a potential re-break of PEDv on his farm.  In Mid-March, on Dale Norton’s birthday, the Porcine Epidemic Diarrhea virus broke on his southern Michigan operation.  He tells Brownfield Ag News, “I wouldn’t want to wish it on anybody.”

Norton partners in a farrow-to-wean operation and a farrow-to-finish operation that markets 31,000 hogs a year. He says they used feedback to help boost immunity and the impact of the virus could have been worse, “We lost about two-and-a-half weeks of production which is pretty short compared to a lot of people.  About 15-hundred pigs.”

Now, his concern is about the virus coming back again, “Sow immunity only lasts for about four months and we’re coming up on that time period where we might have re-breaks because we don’t have immunity that lasts long enough.”

Norton was on the PEDV task force of the Pork Board’s Swine Health Committee and learned from others who had had PEDV.  He tells Brownfield he and his family partners are considering whether or not to stay in the hog business.