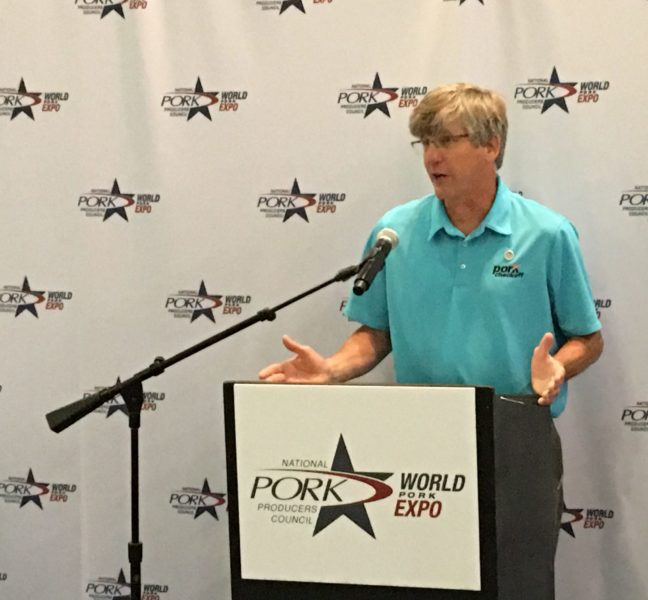 The pork checkoff is targeting new audiences to increase domestic demand for its product.

Nebraska pork producer and president of the National Pork Board Terry O’Neel says the pork checkoff is targeting the 3M’s to increase demand for pork in the US.  “Millennials, mobile, and multicultural,” he says.

He tells Brownfield when it comes to domestic marketing of pork, the industry hasn’t moved the needle for several years.

AND there’s a reason the pork checkoff is targeting these three demographics – especially the multicultural area.  “The caucasian population is only going to grow by 1 percent over the next few years,” he says.  “Where as the Hispanic population, part of the multi-cultural mix, at a 167 percent rate.  So wouldn’t you want to focusing on marketing to that growth area?”

O’Neel says as a pork producer he hopes the new 3M strategy will increase more per capita sales of pork.  “There’s going to be a lot of protein on the market in the next few years,” he says.  “We need to find a way to more effectively market it.”