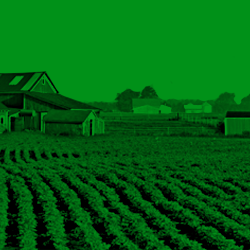 The American Farm Bureau Federation (AFBF) says this year farmers applied for a record number of guest worker visas, but backlogs in the application process could cause crops in more than 20 states to go unharvested.

“Right now in Georgia you’ve got blueberries coming in, you’ve got squash coming in, you’ve got cucumbers coming in and we don’t have the labor to pick it.”  Georgia vegetable farmer Bill Brim told reporters Thursday he’s been fighting a labor battle since 1997 when he first began using the H2A program.  He says when there’s not enough workers, they have to decide which crops will go unharvested, a decision farmers are making from Massachusetts to California.

“It is tragic, our growers are between 20 and 27 percent of their fields have been lost and there’s been incredible challenges.”  Carlos Castaneda, a farm labor contractor in southern California, says contracted workers were supposed to arrive five weeks ago.  He says some farmers have run out of options and canceled their H2A applications or have chosen not to plant certain crops.  “The decisions are being made on which commodity has the best pricing really.” He says, “For these fields that are being lost, they’re just walking away from not from the lack of orders, not because the product can’t be sold—it’s just because we don’t have the labor.”

Michigan vegetable farmer Jen Costanza of Sodus, in Southwest Michigan says requesting H2A workers for their early season cucumbers this April has turned into a standstill because of regulatory hoops.  She says if crops don’t get planted, there won’t be anything to harvest.

AFBF says the H2A program has doubled over the last 10 years.  Last year the program certified a record number of workers, almost 140,000, and this year’s second quarter numbers are up 13 percent from 2015.

Farm Bureau is calling on Congress to pass responsible immigration reform that provides farmers access to a legal and stable workforce.