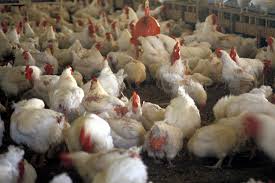 Kevin Hoffman with the Department of Agriculture, Trade, and Consumer Protection says 15 chickens, ducks, geese, and guinea hens in Marathon County and 8 chickens and ducks in Waukesha County have been depopulated to prevent the spread of the disease.

So far, 18 of Wisconsin’s 72 counties have been confirmed with avian influenza in domestic birds this year. There have been 28 total reports, but the first one at a Jefferson County egg operation in mid-March accounted for about 87% of the state’s losses with more than 2.7 million laying hens depopulated.

Flock owners are encouraged to continue practicing strong biosecurity measures to protect their birds from the virus.