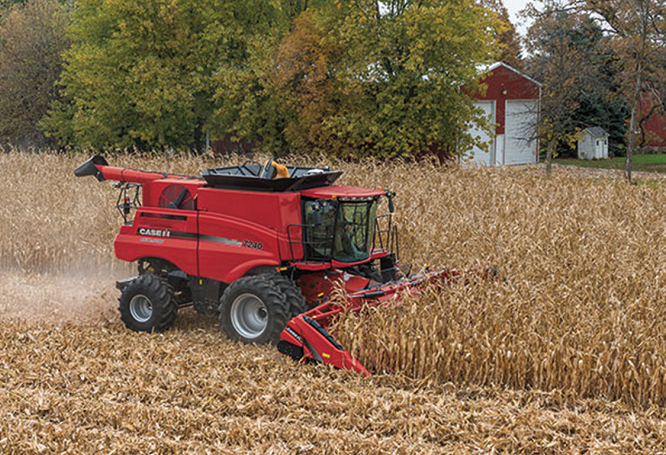 A western Wisconsin farmer is grateful Mother Nature has brought some late-season warm weather to help finish the corn.

Shane Goplin has begun harvesting corn near Osseo. He tells Brownfield, “We’re hunting and pecking on where it’s dry enough, so we’re going to combine as long as we can and try and keep it under that 22% moisture to run through the dryer otherwise the dryer becomes so inefficient.”

He says the sunshine is helping, and moisture in the early-planted fields is around 19% but his later-planted fields are around 24% moisture.  He figures it will take about a month to get through his 1150 acres of corn. “Some of our later-planted stuff that I checked the other day, was still in the 24 range or so, so that’s going to need some more time.”

Goplin estimates that 10% of his corn is done but all of his soybeans are done. “They were above average, so I was happy and with the little bit of moisture at times here and there, we were able to get pretty much all of our beans in with the correct moisture.”

Goplin says the recent warm weather is also helping him save money on drying costs.

About 45 minutes north of Goplin, Randy Woodruff farms near Chippewa Falls and tells Brownfield he’s going after certain fields first. “With the tar spot we’ve had and with the stalks a little weaker, you don’t want them to go down with the wind either so you don’t want to wait too long with it.”

Woodruff says he has about 820 acres of corn to harvest, and he’s concerned the yields will be disappointing. “Our irrigated ground would do alright but still does not do as good as natural rain, so I think we’re going to see a yield drag this year, and on the dry stuff, a pretty good yield drag.”

Woodruff is done harvesting soybeans and says some of his neighbors were disappointed in yields, but he’s satisfied with the crop. “Even on the dry acres, for around this area, we’re up in the mid-50s and that’s pretty good, and in the 70s with the irrigated soybeans, so we didn’t think that was too bad.”

Woodruff says the moisture levels on his soybeans were also very good at harvest time.