A step closer to putting a stop to WOTUS 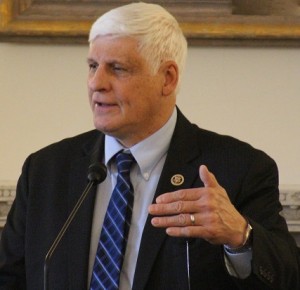 Legislation to force the EPA to withdraw the Obama Administration’s proposed Waters of the United States (WOTUS) rule passed out of committee on Wednesday, April 15.

Ohio Congressman Bob Gibbs described the U.S. House Transportation and Infrastructure Committee passage of the Regulatory Integrity Protection Act, as a step closer to stopping the Administration’s proposed Waters of the U.S. rule.

“We all want clean water, but when a rule like this threatens our economy and the livelihood of so many businesses, it means we need to go back to the drawing board,” Gibbs said. “I believe this rule would have a reverse effect on our nation’s clean water; rather than improving our water quality, it will only be more difficult for Americans to comply.”

The bill now moves to the full House.