The National Cattlemen’s Beef Association (NCBA) is keeping a close eye on the development of new federal dietary guidelines to be released in 2015. 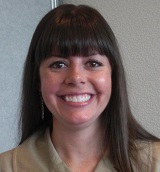 Kristina Butts is NCBA’s executive director of legislative affairs.  Butts says the dietary guidelines advisory committee, which consists of nutrition and health professionals, has been delving into sustainability and environmental issues in food production—topics that NCBA believes are outside the scope of the committee.

NCBA has concerns, Butts says, with nutrition and health professionals trying to make recommendations based on animal production-type research.

“They don’t have the background or the expertise to even be able to review some of the scientific literature—to be able to make those conclusions,” she says, “and at the end of the day, how does sustainability fit into conversations talking about childhood obesity, etc.?”

In addition, Butts says, animal rights activists and other anti-meat groups continue to promote their vegan agenda to the dietary guidelines committee.

Butts says NCBA is staying in contact with officials at USDA and the Department of Health and Human Services, the two agencies with final say on the dietary guidelines.  She says farm-state members of Congress are also monitoring the development of those guidelines to make sure they don’t stray too far from the original intent.