When is manure a pollutant? 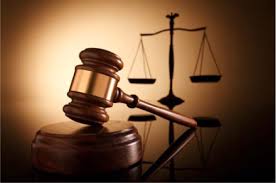 The Wisconsin State Supreme Court has ruled that while manure is a nutrient when it is applied to farm fields, it becomes a pollutant when it runs into a well.

In 2011, Robert and Jane Falk of West Bend spread manure from their 600-cow dairy on their fields in compliance with their approved nutrient management plan. The Falks were later notified by the Wisconsin DNR that the manure had contaminated the wells of several neighbors.  The neighbors filed claims for damages to their water systems and the DNR sought reimbursement for temporarily providing safe drinking water to two of the neighbors.

That decision was overturned by the State Court of Appeals which said Wilson Mutual insured the equipment related to storage and spreading of manure and that it assumed risk when it collected the premium for the policy.

In ruling that manure is a pollutant upon entering a well, the State Supreme Court agrees with the insurance company’s claim that the well contamination is excluded. However, the Milwaukee Journal Sentinel reports the high court did determine that clause in the policy’s incidental coverages section does make Wilson Mutual liable for up to $500 for each well that was allegedly contaminated by the manure.