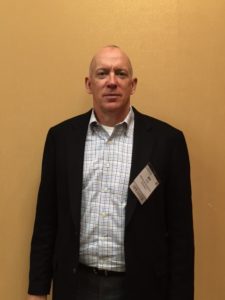 U.S. farmers have produced record corn, soybean and wheat yields in the same year for the first time since 1979.

He tells Brownfield the latest figures from USDA paint a pretty bleak picture for prices.

“We had record yields in all three crops, so we’re dealing with roughly 10 percent more supplies as of September first (compared to a year ago) and last year was a record.  So we’re kind of in the darkest (point) before the dawn.”

He says prices have been supported by good demand for corn and soybeans, largely because of a short South American crop earlier this year.

Looking ahead, Lapp anticipates continued strong demand and the potential for a significant acre shift in the U.S.

“I think we’ll see a couple million more acres of soybeans; obviously it will depend on weather.  But we’ll be watching the USDA supply and demand estimates when they are released in late February to see if there is significant tightening of stocks.”

He says market volatility is likely again in 2017, and it’s incumbent upon farmers to respond by taking advantage of price swings.

Brownfield spoke to Lapp at the Oilseed and Grain Trade Summit in Minneapolis Tuesday.