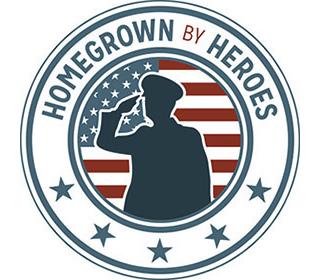 More than 250 growers in more than 40 states are using the “Homegrown by Heroes” label. Calvin Riggleman, who grows vegetables and fruit in West Virginia, is the first to use the labels in his state. Riggleman sells his produce at farmers’ markets with the label, “It has a soldier – a silhouette saluting – and it just says ‘Homegrown by Heroes.’ People come to the farmers market and see the logo and you don’t even have to explain anything. They just see that and they know, like, ah, this is a veteran farmer.”

Riggleman tells Brownfield Ag News the label has definitely helped his business and gives him an edge over competitors. Riggleman, who grew up on his family orchard and cattle farm, served two combat tours in Iraq.

Gary Matteson, with the Farm Credit Council, is chairman of the board of the Farmer Veteran Coalition which began the Homegrown By Heroes labeling program. He says tells Brownfield Ag News the program has multiple benefits, “Not just for farmer veterans who sell their stuff, farm products direct to retail, but also helping raise the visibility in the marketplace of ideas for the fact that there are a lot of farmer veterans out there.”

The Homegrown by Heroes program is free of charge. Matteson says participation is growing at a rate of about 30 farmers a month.