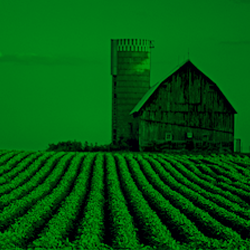 Projected prices for the 2015 through 2018 U.S. corn and soybean crops have been raised slightly by the University of Missouri’s Food and Agriculture Policy Research Institute, FAPRI-MU.

FAPRI’s February report says the increase is based, in part, on “new assessments of the outlook for livestock and biofuel markets.”

Soybean prices this fall are projected to fall but not as sharply as in FAPRI’s January report. The price is seen at $9.27 a bushel in 2015/16, rebounding to $10.30 per bushel by 2018/19. Large projected U.S. and global supplies are seen putting on that downward pressure.