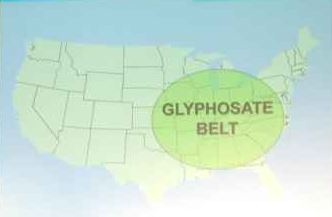 The consumer group U.S. Right to Know is critical of the USDA’s Pesticide Data program that checks more than 10-thousand foods for pesticides but does not test them for glyphosate residues.

Ray McAllister is with CropLife America, which represents crop protection companies. He explains why the popular herbicide is not among the products screened for in the program. He tells Brownfield Ag News, “Glyphosate, per se, has such a LOW toxicity for people that there has not been a strong interest in the recent past – in testing for it. I expect that to change.”

McCallister tells Brownfield the common methods used to screen foods for pesticides and contaminates do not detect glyphosate and separate tests required to do that are “fairly expensive.” But, he says the tide is turning, “I think we’re going to see some changes in terms of their testing for glyphosate and we’ll probably see that in the future.”

The recent Pesticide Data report showed that more than 99-percent of the fresh and processed foods checked in the program “tested well below allowable pesticide residue levels.” And those that tested above, McAllister says, are safe to eat.