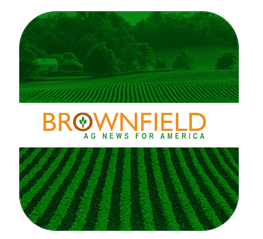 A new report from a consumer research firm shows even though consumers are more aware of the benefits of genetically modified organisms (GMOs) they still have concerns.

Darren Seifer is a Food & Beverage Industry analyst with the NPD Group.

“For example, in 2013 among those who are primarily responsible for their household grocery shopping more than half said they had little to no awareness of GMOs. Flash forward to now and that number has shrunk to less than 40 percent,” says Seifer.

He tells Brownfield the recent study shows consumers who are aware of GMOs do recognize the benefits to crop production, BUT still worry about food safety.

“The concerns tend to center around ‘messing’ with living organisms, or tinkering with the foods they consume all the time. Whether or not these are true or that’s actually happening during the process of creating a GMO crop is one story. But those tend to be the top concerns that consumers have,” says Seifer.

Seifer says only 11 percent of respondents are aware of the federal GMO labeling law passed earlier this year.

The NPD Group held an online panel in October and November and more than 2,000 primary household grocery shoppers completed the survey.