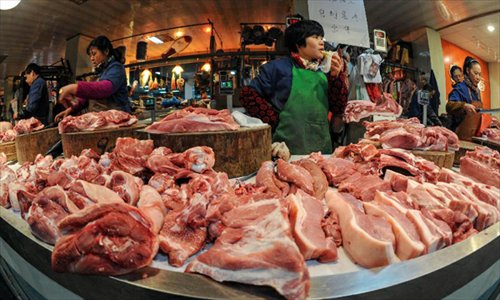 “China is a vexing country,” says Phil Seng, president and CEO of the U.S. Meat Export Federation. “I think the U.S. is still trying to figure out how to deal with China.

“Where we’re at, we’re not selling beef there. They’ve had a ban on our beef since the BSE (incident),” Seng says. “On pork, they’ve had some issues as far as our production methodologies that have kept us out of that market.”

But Seng says it’s not because of a lack of trying on the part of exporters and the U.S. government—and he’s hopeful those efforts will finally pay off in 2015.

“I think, hopefully, with just a little more push—and it’s nothing but perseverance in dealing with the Chinese—hopefully we can prevail and that market will open up meaningfully for the U.S. Because it’s been one of the fastest growing beef import markets in the world over the course of the last ten years.”

Brownfield spoke with Seng at the recent Cattle Industry Convention in San Antonio.