Bullard says COOL is needed to fix the cattle business 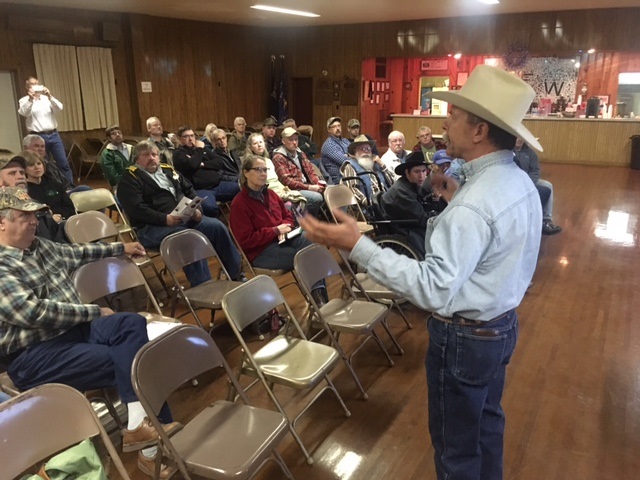 Bill Bullard says policies of the new administration fall in line with what R-CALF USA has been talking about for years.  Bullard, that organization’s CEO, tells Brownfield that President Trump’s views support Country of Origin Labeling.

“We have a president saying he wants to encourage consumers to Buy American,” Bullard told Brownfield Ag News Tuesday.  “You can’t Buy American unless you can distinguish the USA product in the marketplace, and that’s why Country of Origin Labeling is so important, and producers get that.”

Bullard spoke at a meeting in Mid Missouri Tuesday, telling cattlemen changes are needed in policies that affect the cattle business.

“So they realize that they’re disadvantaged in the marketplace unless we have clear and concise rules that can be enforced,” said Bullard, who was in Linn, Missouri speaking to cattlemen about COOL and trade.  “They also understand that we need to enforce our antitrust laws, and they know that we’ve been headed in the wrong direction with our international trade policies.”

The trade policies Bullard refers to are multilateral trade agreements, specifically the North American Free Trade Agreement, that President Trump has said will be renegotiated.  Bullard calls it “refreshing that we finally have a president who realizes that we have been pursuing trade models that have actually been weakening our economy and weakening our cattle industry.”

Other livestock and commodity groups have expressed support for such trade agreements.

The meeting in Linn, Missouri was the first of three taking place in Missouri sponsored by R-CALF.  Another takes place Wednesday, March 8, at 6:30 at the Missouri Valley Commission Company in Booneville, Missouri. One more is scheduled for Thursday, March 9, at 7:00 p.m. at the Clinton Rotary Building in Clinton, Missouri.