At the recent Nebraska Power Farming Show in Lincoln, we stopped by the Stine booth and talked to regional sales agronomists Todd Schomburg and Chad Kuehl. 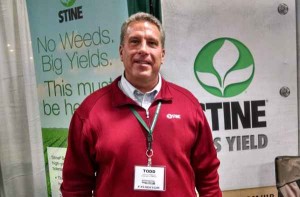 Schomburg, whose territory includes northwest Iowa and some counties in Nebraska, discussed how more and more farmers are turning to Liberty Link soybeans in their efforts to control glyphosate-resistant weeds. 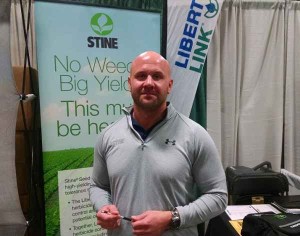 Kuehl’s territory includes southeast Nebraska and parts of northern Kansas and southwest Iowa.  Kuehl talked about Stine’s work with high-population corn and how it performed in 2015.