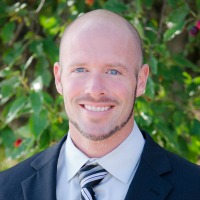 Mark grew up in a small town in north central Iowa. The family bin site on the south edge of Rowan is where he spent countless hours tagging along with his Dad, sitting in the cab of their John Deere 4840 pretending to haul a load of corn or soybeans to the scale before unloading. Sports began to overshadow farming as Mark got older and it led to his pursuit of a sports broadcasting career. Once in the radio industry, he did play-by-play, reported news, hosted a talk show and in a pinch would cover farm market reports.

In 2006, Mark became Farm Director at a station in north Iowa and the love affair he had with farming as a boy started all over again. Farm reporting brought him back to his roots. His Grandpa Dorenkamp started a farm from nothing; his Grandpa Burt farmed with his brother before turning it over to Mark’s two uncles who still farm near his hometown. And Mark’s dad recently retired after more than 20 years at a local co-op.

Mark has won Iowa Broadcast News Association awards for his farm and sports reporting and in 2012 was awarded 2nd place in the National Association of Farm Broadcasters Marketcast category. Mark has been honored by Iowa State University Extension for his support of their programs, served on area agribusiness committees and served on both the Iowa and Minnesota FFA Foundation Boards. Mark was presented with the Minnesota FFA media award in 2020. Mark and his wife Melissa have three sons: Gavin, Hudson & Declan.