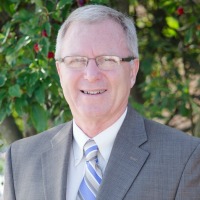 Ken Anderson is a reporter for Brownfield, based in Lincoln, Nebraska. He grew up on a farm in northeastern South Dakota and attended South Dakota State University in Brookings. His broadcasting career started at KRVN radio in Lexington, Nebraska, where he worked for 12 years. He was previously employed with NC+ Hybrids and most recently with an advertising firm in Lincoln before joining Brownfield.

Ken is also a graduate of Nebraska’s ag leadership program (LEAD) and has served on the LEAD Alumni Association board of directors.

Ken and his wife Ardella have four children and eight grandchildren.