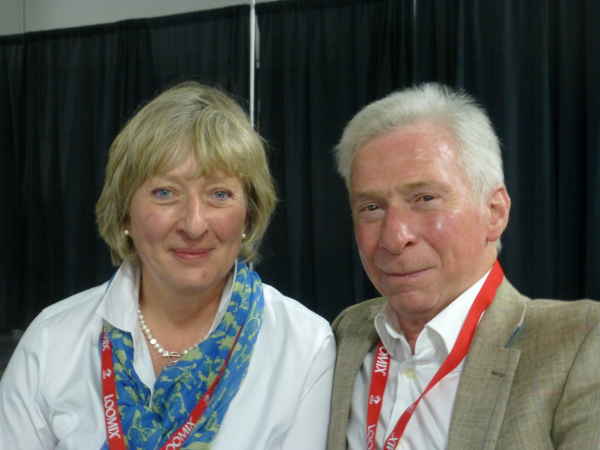 A couple attending the Angus Means Business Convention in Kansas City is familiar with the origins of the breed.

The black-hided breed takes its name from a place in the United Kingdom.  Geordie and Julia Soutar’s stock carries the blood of the original animals from the breed’s 19th Century beginning in County Angus, Scotland.

“Every animal we have we can trace back to Volume 1 of the Aberdeen Angus Herd Book,” said Geordie Soutar, in an interview with Brownfield Ag News during the convention.

The original Angus cattle, such as those in Soutar’s herd, were bred to eat an exclusive grass diet.

“All the females in our herd will never eat grain in their lifetime,” he said.

Soutar makes a good argument for incorporating early Angus genetics into cattle herds, “going back to the basics every now and again,” as he puts it.

“I don’t say they have to keep them original all the way, but going back to this shot of Scotch, if you like, is a very valuable thing to do, and we’ve found that people have done it extremely successfully,” he said.  “It puts a bit more Angus in your Angus.”

While the Soutars were in the U.S. celebrating their 25th wedding anniversary, seeing the Grand Canyon, they decided to make the Kansas City Angus event one of their stops.  During the convention, Geordie Soutar plugged the World Angus Forum, which is to be held in Scotland in 2017.

“We intend to do a sale of these original genetics in conjunction with this World Angus Forum,” said Soutar. “It’s pretty neat, it’s coming back to the homeland of the breed.”