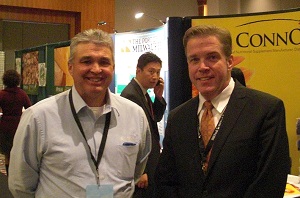 Nearly 300 international guests are in Milwaukee this week for the U.S. Soy Global Trade Exchange.  The U.S. Soybean Export Council (USSEC) and the Midwest Shippers Association bring buyers and sellers together at the conference through meetings, seminars, speakers and a trade show.

Wisconsin Soybean Association president Dan Roe says it is an important event for his state’s soybean producers as two-thirds of the Badger State’s soybean crop is exported.  “It’s all customer relations, you have to keep working at it.”  With a jump in acreage and pretty good weather, all indications are Wisconsin is going to have a record soybean crop this year so Roe says that export market will be more important than ever.

Bob Karls is executive director of the Wisconsin Soybean Association, he says there are meetings between sellers and buyers going-on throughout the event.  “Whether that’s an oil processor, a meal processor, livestock feed producer, GMO, non-GMO, the key is pairing-up the right people to talk to each other.”  There is also a trade show with a number of Wisconsin exhibitors looking to do international business.  There are also a number of tours to farms and soybean facilities.  Roe will host a group at his farm and commercial grain elevator to show them how the grain is received and taken care-of at his facility. 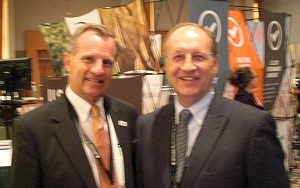 USSEC Chief Executive Officer Jim Sutter says the event is “a great opportunity to showcase what U.S. ag is all about.”  He says there are about 30 export companies involved in the conference.  “We don’t actually sell anything but the companies that are here all do.”  He says one of the biggest jobs for USSEC is to make it clear to buyers around the world that U.S. soybeans are sustainably grown by farmers who will some day pass their farms on to the next generation.  Add to that the quality of U.S. soybeans that are delivered through a reliable supply system.

There has been some concern with the acceptance of genetically-modified soybeans around the globe.  Sutter says roughly 95 percent of the U.S. crop is gm and they are working to educate the world about the science behind gm.  China bought about 30 percent of the U.S. soybean crop last year and all of those were gm.  “Their approval process could be a little faster, but they have approved traits and they accept gm.”  Sutter adds that before China grew to become the largest buyer, Europe was the biggest importer of biotech soybeans in the world.  He acknowledges that there are customers out there who want non-gm soybeans and U.S. farmers are set to deliver that product if they want it; “It’s all about providing a choice.” 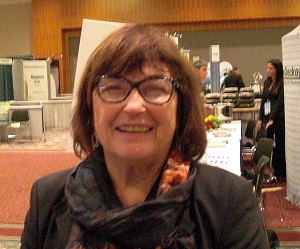 Sharon Covert is a soybean producer in north-central Illinois and serves as secretary with the USSEC Board.  She believes it is important for growers to get involved in their state soybean associations and USSEC to build markets in the U.S. and around the globe.  She points to the extensive support USSEC can offer pork producers, fish farmers and others around the globe to help make them more successful and build strong customers.

Covert talks about the opportunities 5:35 mp3 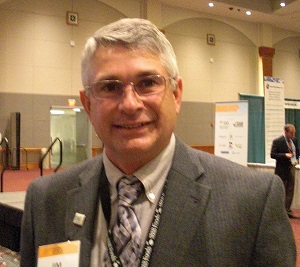 Jim Miller raises soybeans, corn and hogs in northeastern Nebraska, with all indicators pointing to a big soybean crop this year, USSEC has some work to do.  Miller notes we exported 60 percent of our crop last year: “60 percent of this year’s crop is going to be a lot of soybeans and we are hoping we can achieve that task.”  He sees the growing demand for meat especially in China and India as a big market for U.S. soy.  On top of that, India is the largest dairy producer in the world and that is a potential market as well.